Welcome Bleach Fans to the world of Zanpakuto 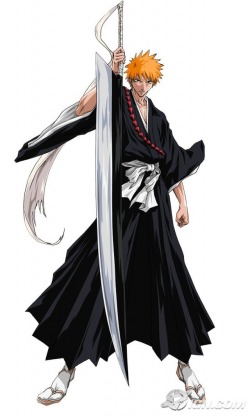 Zanpakuto is the main weapon of the Shinigami. It is used to fight Hollows and for soul burial in the human world. Each sword is unique, it has a name that the wielder need to know to activate the Shikai(initial) form that will give far more abilities than its normal form. As presumably most seated officers are capable of Shikai. It is required in order to achieve the rank of lieutenant in the 13 Protection Squad at Soul Society. The Bankai(Final Release) is the second and final upgraded form of a Zanpakuto. Those who achieve Bankai always have remarkable roles in the history of Soul Society. Mostly only Captains can use Bankai which is the ultimate technique of a Zanpakuto.

Ultimately a zanpakuto is not only a mere weapon since the swords themselves are alive that will fight alongside its wielder. The sword has its own individuality that can materialize using a certain training which Kisuke Uruhara used for Ichigo Kurusaki to activate his Bankai.

I myself have been amazed by this kind of swords that have their own identity. I know there have been lots of anime with weapons that are also alive but i think Bleach really have something different the zanpakuto have life not a mere weapon. So this site is dedicated to all the fans of Bleach all over the world. Wherever you from we have something in common the love for anime especially Bleach.